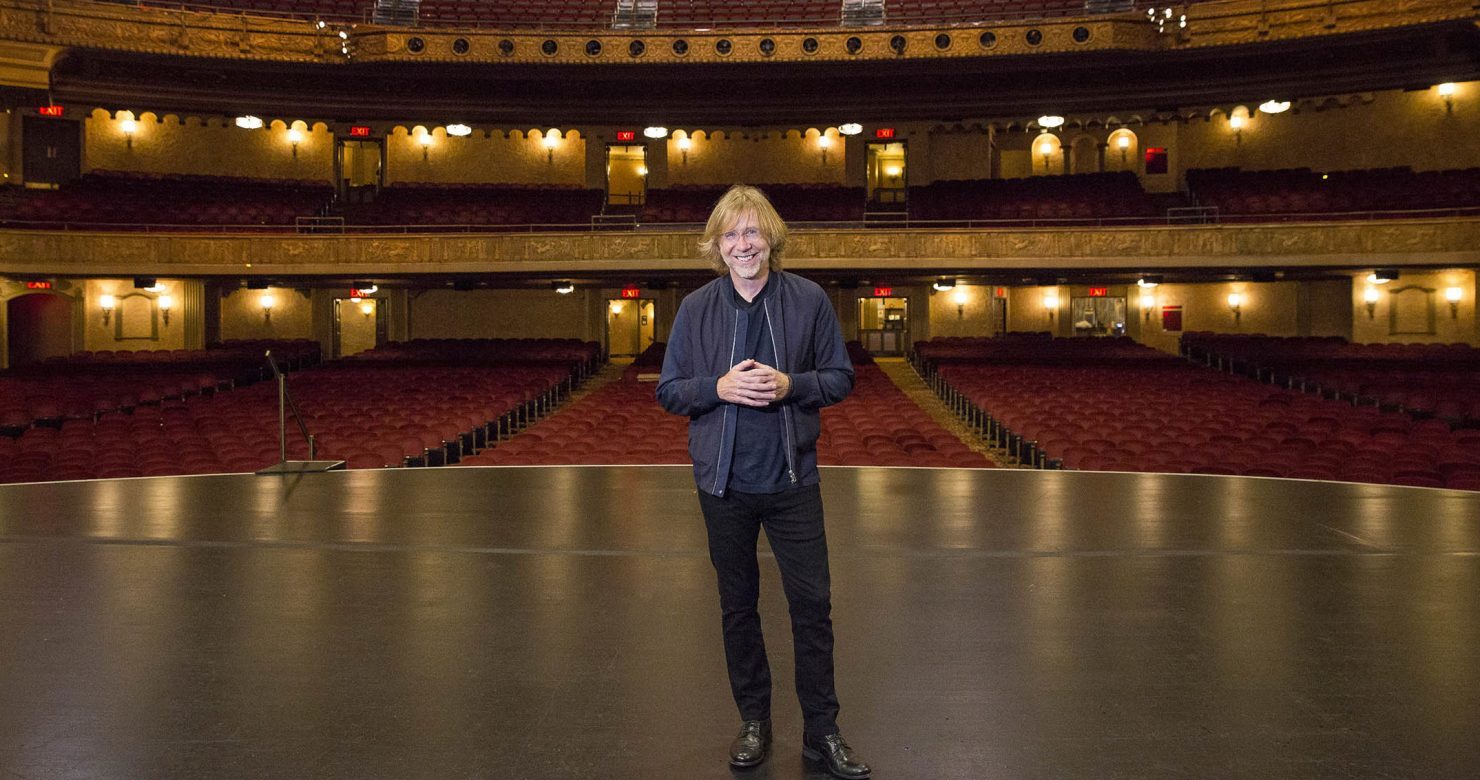 Trey Anastasio will livestream eight concerts at the Beacon Theatre exclusively on Twitch in October and November as part of a new virtual residency called The Beacon Jams. Each show will feature a mixture of acoustic and electric sets as well as “an array of surprises” according to a press release. While there won’t be fans in attendance there will be a home audience interaction element.

Fans are encouraged to donate to Phish’s non-profit, the WaterWheel Foundation, as well as its new Divided Sky Fund where all proceeds will go toward helping those affected by addiction and plans to open a treatment center in Vermont.

“When we thought about playing the Beacon, I was reminded of the meaning of the word,” Anastasio said in a statement. “A beacon is a beam of light, often from a lighthouse, which sends it out to sailors who are lost at sea and all alone. They look for the beacon and it guides them home. Sometimes gifts come wrapped in strange packages. A lot of this is thanks to Twitch and our friends and family at MSG Entertainment. When the idea to do these benefits was born, everybody at MSG Entertainment jumped in and partnered with us and the Divided Sky Fund, which is very kind of them. This is an opportunity for forward motion.”

Earlier this year Anastasio released a new solo album, Lonely Trip, which he wrote and recorded while in lockdown during the pandemic and he also released a new live album with the Trey Anastasio Band called Burn It Down. Anastasio’s residency starts Friday, October 9th at 8 p.m. ET and will continue every Friday through November 27th.

Watch a trailer for The Beacon Jams below.