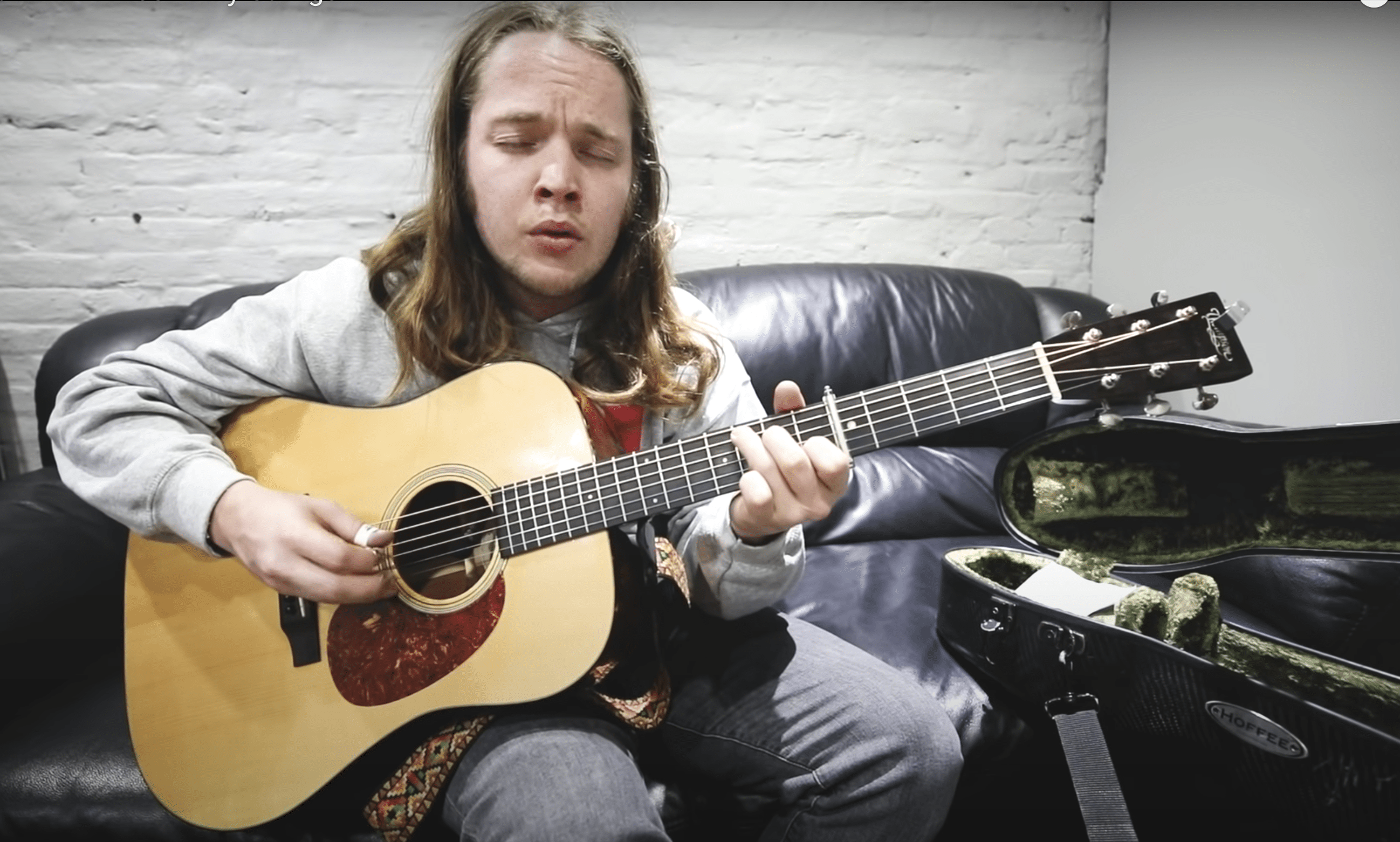 It’s been over a year since Billy Strings first posted the video of him sitting backstage armed with an acoustic guitar delivering one of the most authentic covers of Bob Dylan‘s signature number “Don’t Think Twice, It’s All Right.”

The video, which was first posted in February of 2020, comes from just before he announced a mini “Family Strings” tour with his father, guitarist Terry Barber. The father-son duo hit a string of four Michigan cities from Feb. 27 through March 1 – just before we went into lockdown.

Most recently, Strings was awarded a Grammy for his studio album Home which cemented the award for Best Bluegrass Album in 2021.

Watch Billy’s acceptance speech and his gorgeous cover of the Bob Dylan tune below.