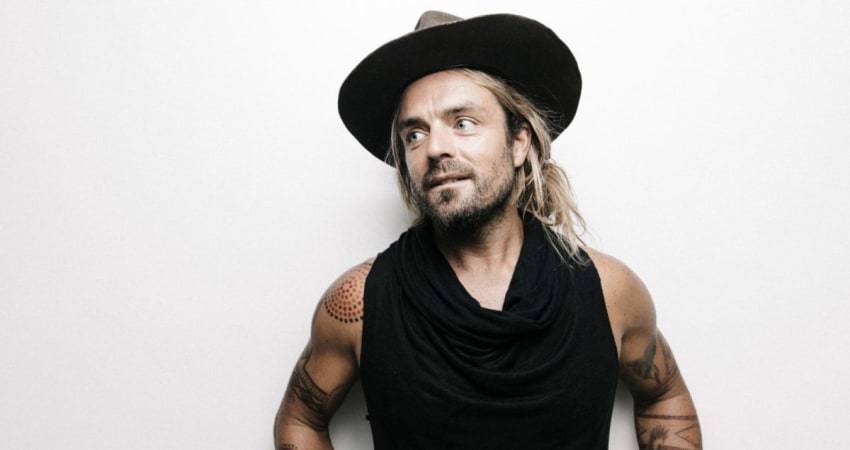 On March 24, Australian multi-instrumentalist Xavier Rudd will celebrate the upcoming release of his new studio album with a special performance live-streamed from his home. Rudd is following up to 2018’s Storm Boy with his 10th album titled Jan Juc Moon which will officially be released this Friday, March 25, via Salt X. Records and Virgin Music Australia. Rudd went on to explain that during the live stream he plans “to premiere a few new songs from the album ahead of its release plus some old stuff too.”

Rudd quickly gained success in Australia after the release of his debut album To Let in 2002. It only took a few years before he had a full-fledged international fanbase and his music had made a global footprint. As an artist, Rudd is known for his awe-inspiring stage setup where he plays guitar, percussion, and yidakis simultaneously. His live shows are often overflowing with energy igniting a strong response from the audience.

Jan Juc Moon is an ode to where Rudd grew up, in Jan Juc, near Torquay, which is a seaside resort in Victoria, Australia. Xavier Rudd also plans on donating $2 from every virtual ticket sold to Environs Kimberly, a nonprofit organization whose mission is to protect the nature of the Kimberley, in Western Australia. Ticket for the live stream can be purchased here. Fans can pre-order Rudd’s new album here. Everyone is encouraged to learn more about Environs Kimberly here.