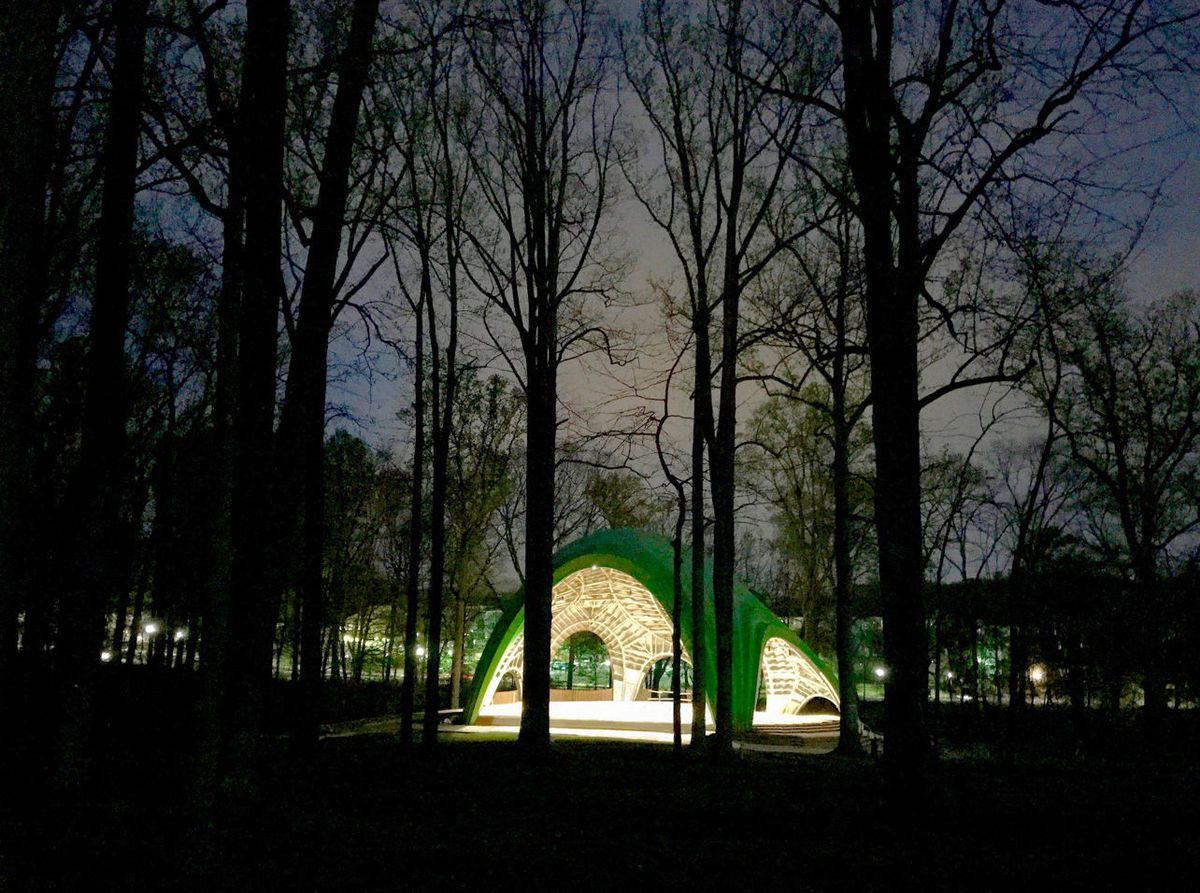 Greensky Bluegrass will be the debut performance at a new venue nestled in the woods of Marriweater Park called Chrysalis, according to I.M.P., the company who owns 9:30 Club and operates Merriweather Post Pavilion. The Michigan based bluegrass ensemble will take the stage on July 22. Tickets go on sale 10 a.m. April 28 through Ticketfly.com.

​The new $6.5 million venue, that was developed by Inner Arbor Trust, will also come to life for other events such as the Capital Jazz Fest, the M3 Rock Festival, and the Summer Spirit Festival. The Chrysalis is both urban art and a 5,000-square foot concert stage that soars 60 feet in the air. While the venue is outdoors, it’s as big as Carnegie Hall and is adorned by a bright, multi-color green asymmetric canopy of 7,700 aluminum tiles that meld to create a sculpture flowing among trees in every direction.

While Greensky Bluegrass will make appearances at the Telluride Bluegrass Festival, Hornings Hideout, the Northwest String Summit and the Lockn' Festival, they will surprisingly not be performing at Del Fest. This performance gives their Maryland fans a chance to catch a semi-local stand-alone show without the fear of missing out this summer.

Countdown to the Chrysalis opening performance.