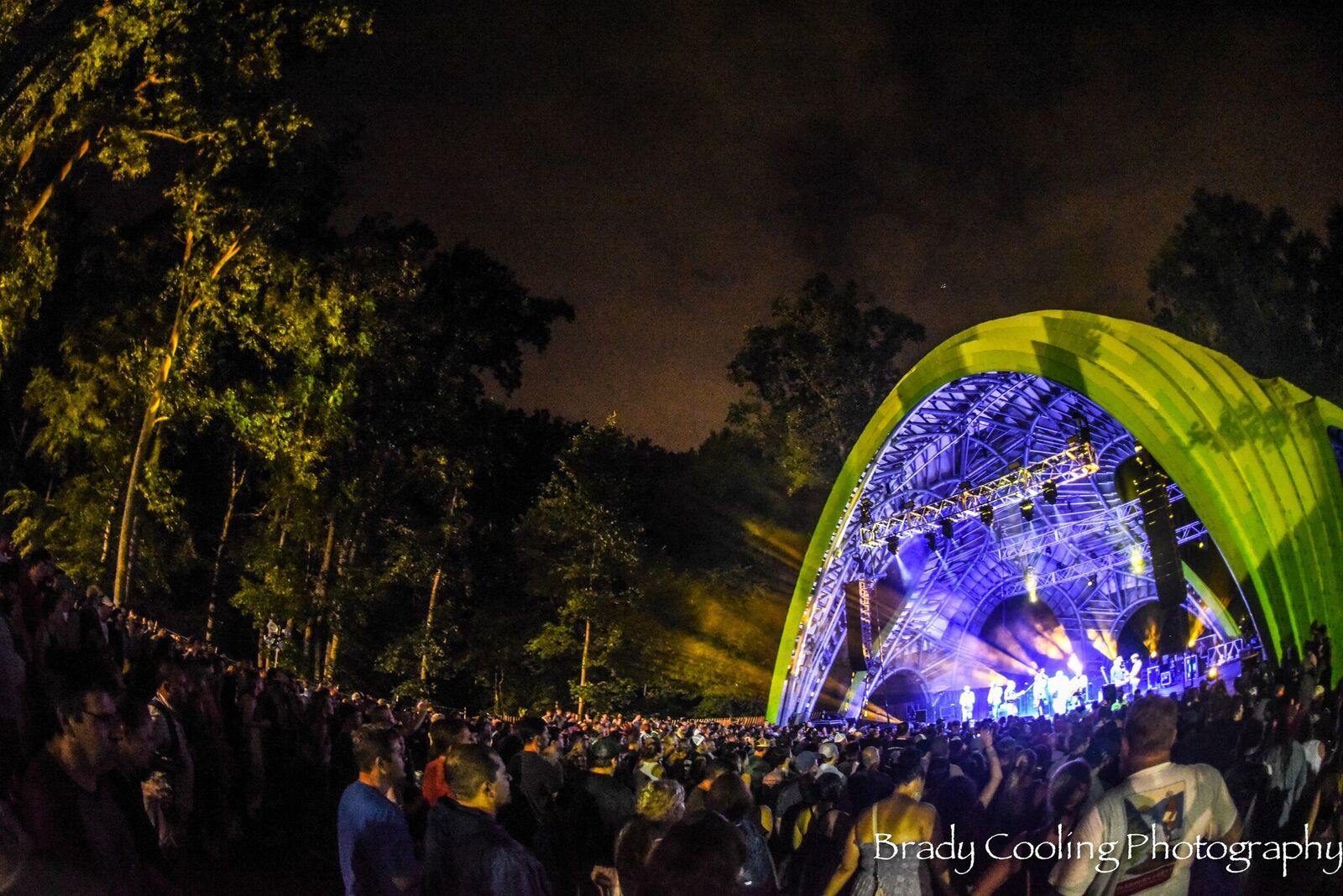 When the news broke that a new venue was coming to the greater Washington, D.C./Baltimore area fans rejoiced in the limitless possibilities. Once it became clear that legendary concert promoters I.M.P. were behind the new venture people knew they could expect something special. The end result is a beautiful outdoor venue nestled away in the trees on the grounds of Merriweather Post Pavillion called Chrysalis. MPP, like the 9:30 Club and the Lincoln Theater in D.C., is operated by I.M.P. and the Chrysalis joins an all-star lineup of legendary venues caked in their own respected history. The new venue, which can accommodate up to 7,000 fans, bridges the gap for rapidly ascending touring artists and established touring acts who would usually fill MPP.

​It was an especially nice surprise to see Greensky Bluegrass tapped to headline the opening of this new venue, but the icing on the cake came when Leftover Salmon were added to the bill as an opener. Together the two iconic bluegrass acts strung together a performance for the ages as they properly chistened the new venue.  Leftover Salmon kicked things off and opened up with a roaring version of "Liza." The island-themed number whip-lashed the crowd into a dancing frenzy. The feel good number was followed by a nice, extended, version of "Whispering Waters," a subtle nod to the less than favorable weather that night. Other highlights from Leftover's set were "High Country," the tender ballad "Appalachian Soul" and a beautiful cover of The Band's "Rag Mama Rag" to close out their set. Leftover Salmon kept the crowd fully engaged and eager for the rest of the night's music that was on deck.

Greensky Bluegrass came out for their first of two sets and opened up with a string of numbers off their most recent studio album, Shouted, Written Down and Quoted  with "Past My Prime" > "Take Cover" > "Living Over." The quintet shifted gears with "Broken Highways" > "Run or Die" and "Reverend" before bringing out Andy Thorn from Leftover Salmon for a take on "Broke Mountain Breakdown" and a pristine cover of Bruce Springsteen's "Dancing in the Dark."

The set break felt like an eternity, especially given such a high-energy cover closing out the first set. However, once the band came back they came back with a conviction as they opened their second set with the beloved "Miss September" that was lead by Paul Hoffman. The rain didn't let up during the break and without the beautiful music to distract us, conditions seem to get much worse so it made sense the band dropped into "Worried About the Weather." It didn't take long for Greensky to bring out legendary mandolin player Drew Emmit to throw down on "Steam Powered Airplane" and "Breaking Thru." The crowd favorite "Windshield" surfaced next to a roar of approval from the crowd. As the opening notes were patiently drawn out the crowd began to sink into a euphoric bliss before Hoffman took the vocals in stride. This is one of Greensky Bluegrass' most well recognized numbers as it seems to be one of the songs that bridges old school campers and the new era of an exploding fan base.

Greensky found plenty of space to fill their second set after "Windshield" including "Room Without a Roof," "The Four," "Kerosene" and "Wings for Wheels." Everything seemed to be going perfectly but the band had to abort "Leap Year" after Dave Bruzza broke a string at the start of the celebrated track from If Sorrows Swim​.

The band pulled an audible and went with "For Sure" > "Uh Huh" before a reprised, and successful, attempt at "Leap Year." Just as the band was firing from all cylinders, they took a momentary break for their encore and emerged with Vince Herman, Drew Emmit and Andy Thorn of Leftover Salmon for a jammed out encore consisting of "Ruben's Train" -> "Why Don't We Do It in the Road?" -> "Ruben's Train." The Beatle's number flowed perfectly and the band capped off a beautiful evening with the help from their friends. When it was all said and done it didn't matter that we were standing in the cold rain and hoping for the best because when the show was over our hearts were full of warmth from the incredible night of music. If this show is any indication of the quality of music the Chrysalis is going to bring to the Merriwether Post grounds behind the pavilion then we're in for a long road of incredible shows.

Dancing in the Dark (with Andy Thorn of Leftover Salmon)

Worried About the Weather

Breaking Thru (with Drew Emmit of Leftover Salmon)

Windshield, Room Without a Roof

Why Don’t We Do It in the Road? (with Vince Herman, Drew Emmitt, Andy Thorn of Leftover Salmon) >