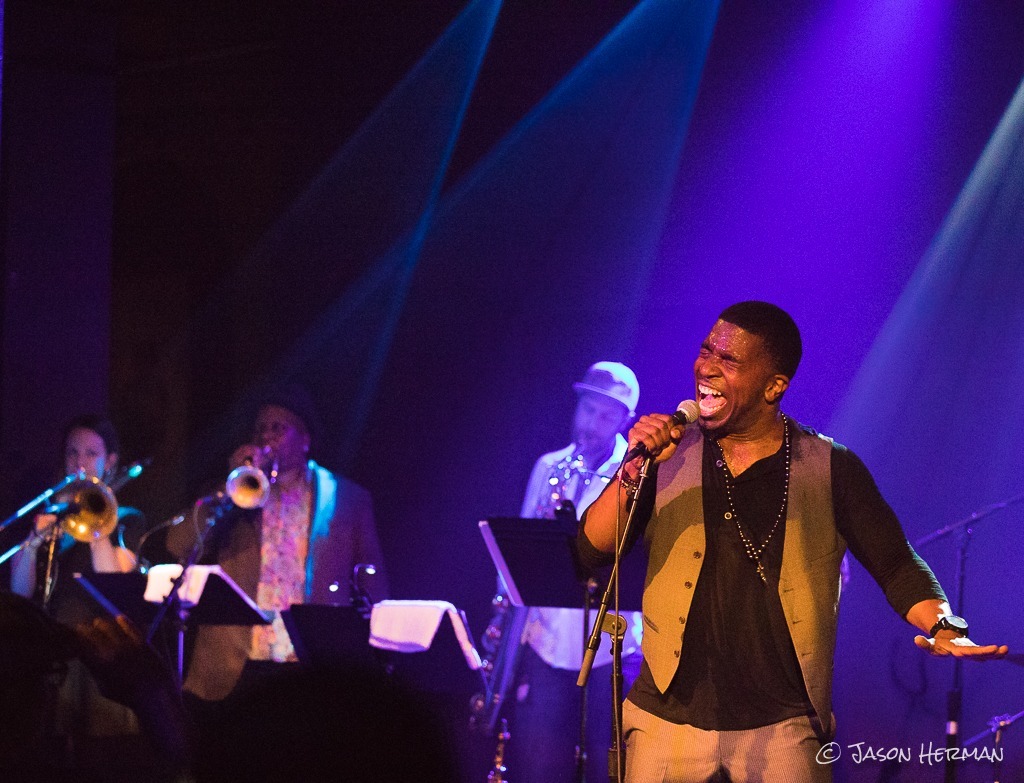 In the coolness of an early Autumn night, the soft sound of music permeated outside of the exquisite Washington, D.C. landmark, The Hamilton, while inside, a fiery funk party was tearing through the venue.

On Friday, September 8, The James Brown Dance Party made their return the D.C. area. Dubbed as "the funkiest all-star tribute," this act brings much to the table, with a rotating cast of some of the finest musicians and true James Brown spirit.

On Friday, we ​enjoyed the masterful sounds of the band founders, The Chase Brothers (Adam and Matthew Chase), best known for their collaboration with touring acts like, Grammy-Award winning Snarky Puppy; members of  Trey Anastasio Band; and their other project, Jazz is PHSH. This time they were joined by Mousey Thompson, Natalie Cressman, Pat Rainey, Alex Crean, Chris Rob, Mark Ingraham, and Cory Baker.

​It's hard to imagine a better front-man than Chris Rob for a tribute like this. In addition to his flawless vocal range, irresistible charm... he probably has some of the best dance moves you will ever see.

The Hamilton's extravagant atmosphere contributed to a diverse audience; a combination of young and old came out of the wood works for this event-- ​some elaborately dressed, many came early enough to enjoy dinner before the show, while everyone got into the groove of funk once the music began.

By the third song of the evening, the small dancing area besides the stage was full and pounding. At one point in the evening, Chris Rob brought on a  number of fans on stage to dance while the band performed. By the end of the evening, every aisle and every corner of the room had people out of their seats, dancing and shaking their "money maker."

During the second set, Natalie Cressman wowed the audience with her vocal solo of "Man's World." The evening was almost coming to a close when Thompson announced, "it's getting kind of sexy in here..." and launched down into a fly "Sex Machine." On the final track before the encore, the band elicited  full audience participation in singing  "Baby, baby, baby" for "I Got The Feeling," while the band members slowly took their stage exit to a chanting audience.

We are pleased to bring you this photo gallery of the evening (see below). For more information about The James Brown Dance Party and future tour dates, please visit their website.​

Down it to death

Get UP Offa That Thing ->

I got The Feeling

After the show Mousey was surrounded by fans, and one fan was lucky enough to get a setlist and have Mousey sign it.