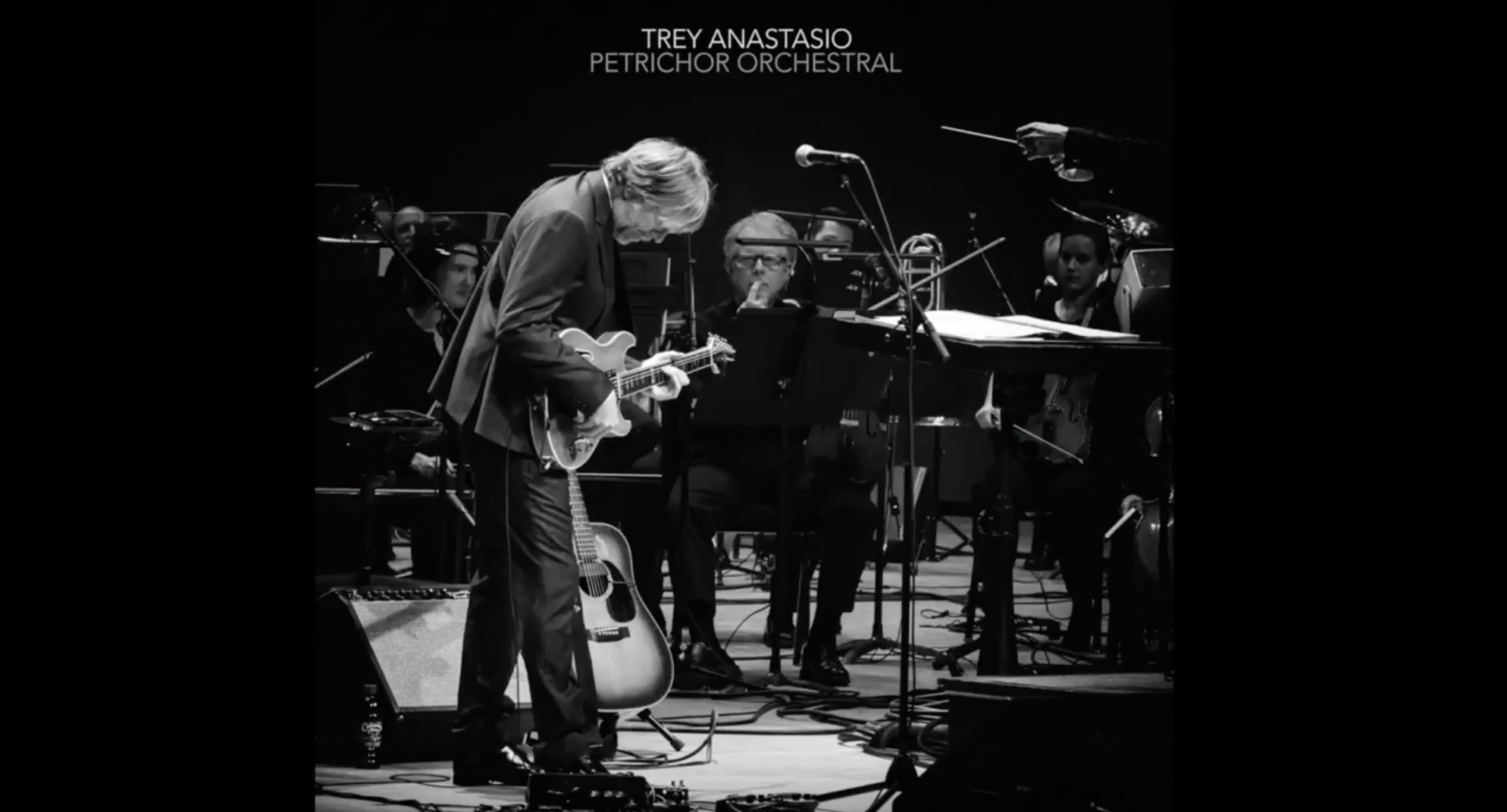 Last week Trey Anastasio performed with the Nashville Symphony Orchestra at Nashville’s Schermerhorn Symphony Center, marking his first orchestral performance since 9/26/14 at the Hollywood Bowl (exactly three years and one day prior).

Big Red had many different surprises during his performance in Nashville, including the orchestral debut of instrumental fan-favorite “What’s the Use?” and gamehenge classic “The Lizards.” The second set was composed of only three songs, “Time Turns Elastic” > “Petrichor” > “You Enjoy Myself,” which really flexed both Anastasio’s range and complexity in some of his longest compositions.

Today Anastasio released a statement noting that while he can’t share full show recordings of his recent orchestral performances he did want to share a special version of “Petrichor.” Anastasio also thanked his conductor Steven Reinke as well as his long time friend and orchestrator/arranger Don Heart.

Many thanks to conductor Steven Reinike, my dear friend orchestrator and arranger Don Hart, Nashville Symphony,  Atlanta Symphony Orchestra and to all the people who came out and made these last two orchestral shows so special! Thank you!

E: The Lizards, Water in the Sky