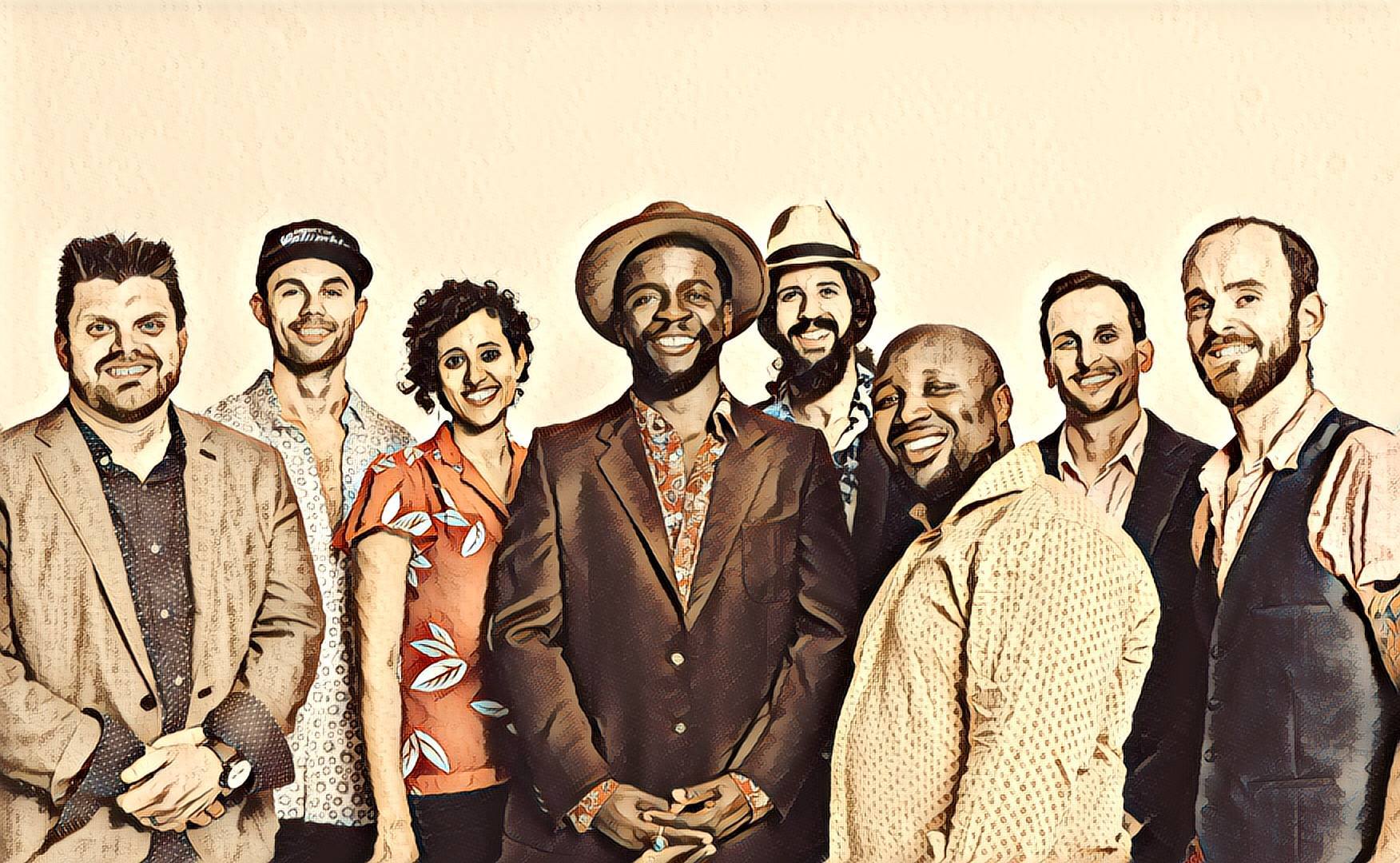 Local Washington, D.C. funk and soul ensemble AZTEC SUN are setting themselves up for an exciting weekend. Today the band has officially released studio versions of two songs adored by their fans. Tomorrow the band has a special gig lined up in D.C., which has become less frequent as of recently since AZTEC SUN has been pushing their sound outside of their home market for most of 2019. “Get Up (and Jump Around)” and “Confuse Me” have both officially received the studio treatment. Both of these tracks are quintessential AZTEC SUN songs despite them being polar opposites.

These songs have been played live before and they’ve quickly become crowd favorites. “Get Up” is more danceable and ignites audience participation, while “Confuse Me” paints a love picture in an abstract yet optimistic light. Both songs represent what the band is capable of not only as songwriters, but also performers. Bandleader Stephane Detchou shared some insights to each of the songs and what makes them different.

“‘Get Up’ is one of our most danceable songs. It’s a song about getting your soul out of its shell and using your limbs to express yourself,” said Steph. “It’s an upbeat, positive tune that we love to play, get lost in; and the song is amplified by audience participation in the song’s structure.”

“‘Confuse Me’ is a song about what happens before a love story blossoms. It talks about two people in the beginning stages of their relationship, trying to understand each other and how to express affection without saying or doing too much. It is anchored in groove reminiscent of the Motown era, with catchy horn melodies, steady drum beat and three part vocal harmonies,” explained Steph.

On Saturday, AZTEC SUN will play D.C.’s Union Stage with other fellow local band Backbeat Underground in support of DC SAFE, an incredibly importance resource in the city. DC SAFE is the only 24/7 crisis intervention agency for domestic violence survivors in Washington, D.C. Their mission is to ensure the safety and self-determination of domestic violence survivors through emergency services, court advocacy, and system reform. Together the two band’s made a pledge to support their mission, and they’re partnering with Union Stage to multiply their impact by donating $5 of every ticket sold and 10% of bar sales that night. Fans can check out the new studio tracks on any streaming platform and iTunes.

Check out a video of Steph and the band manufacturing an impromptu Soul Train-esque dance line at MerleFest earlier this year to “Get Up (and Jump Around).”