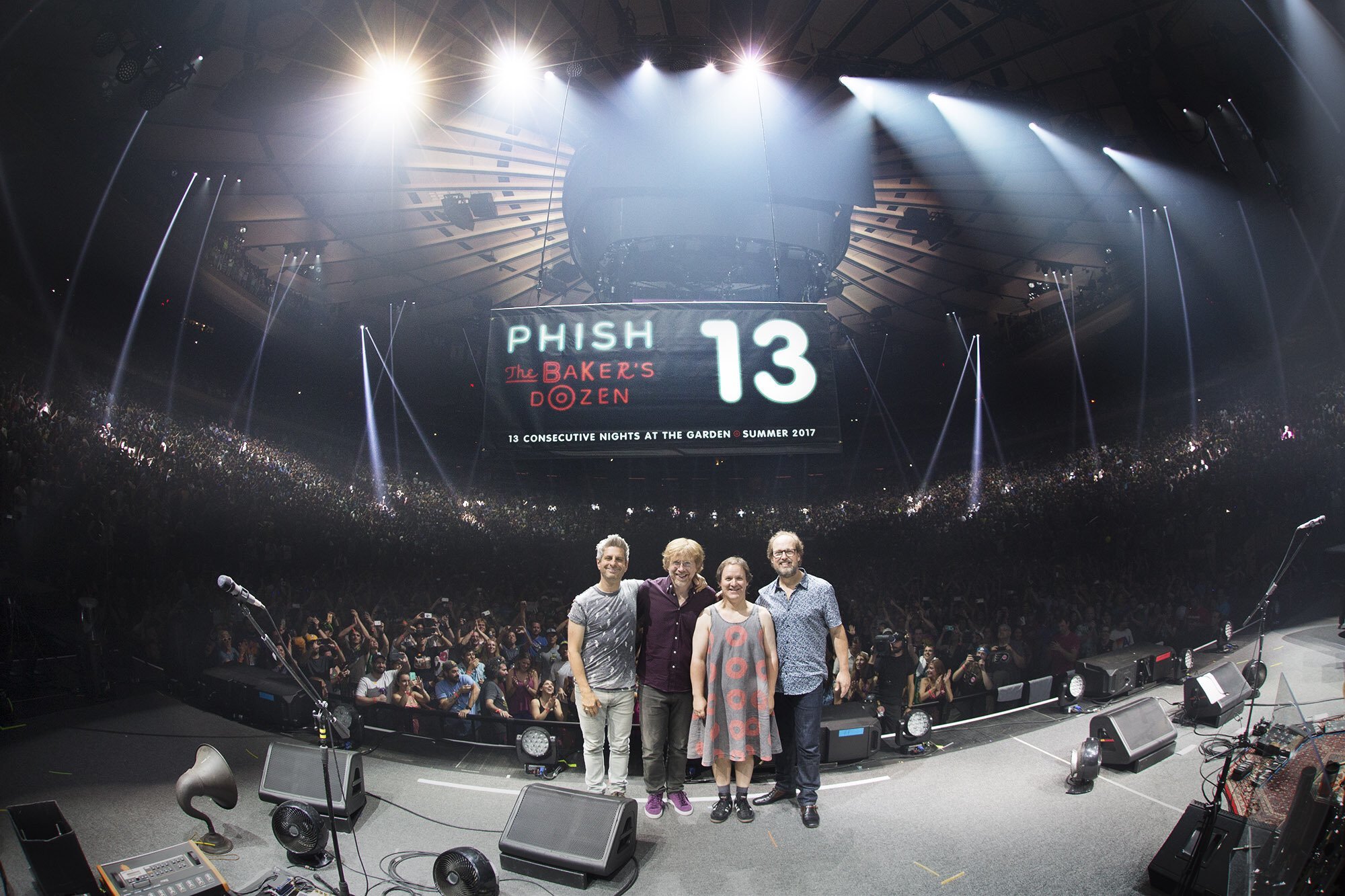 Phish had a big day in New York City this past Sunday. Not only did the Vermont quartet close out an unprecedented 13-night run at Madison Square Garden, capping off 26 sets and 237 different songs over the residency, but the New York Mayor’s office declared August 6 as “Phish Day” by official proclamation.

Thanks for the memories we shared, we’ll never forget either. By official proclamation, today is @Phish Day! pic.twitter.com/PqUA9CZha6

The Vermont quartet went on to play a phenomenal show where they liberated Jimi Hendrix’s “Izabella,” which was played for the first time played since 7/31/1998, a 574 show gap. Other monumental highlights included a monstrous “Simple” to open the second set, the reprises of “Lawn Boy” and the bass intro to “Weekapaug Groove” in the encore slot, and plenty of extended improvisation over the two sets. However, nothing was more special than watching Phish stand in front a their new banner celebrating their Baker’s Dozen shows during this residency before it was raised up and hung in the rafters.

Watch the celebration below.

.@Phish‘s #BakersDozen holds its place in the rafters of The World’s Most Famous Arena. pic.twitter.com/1idtd6xAxT