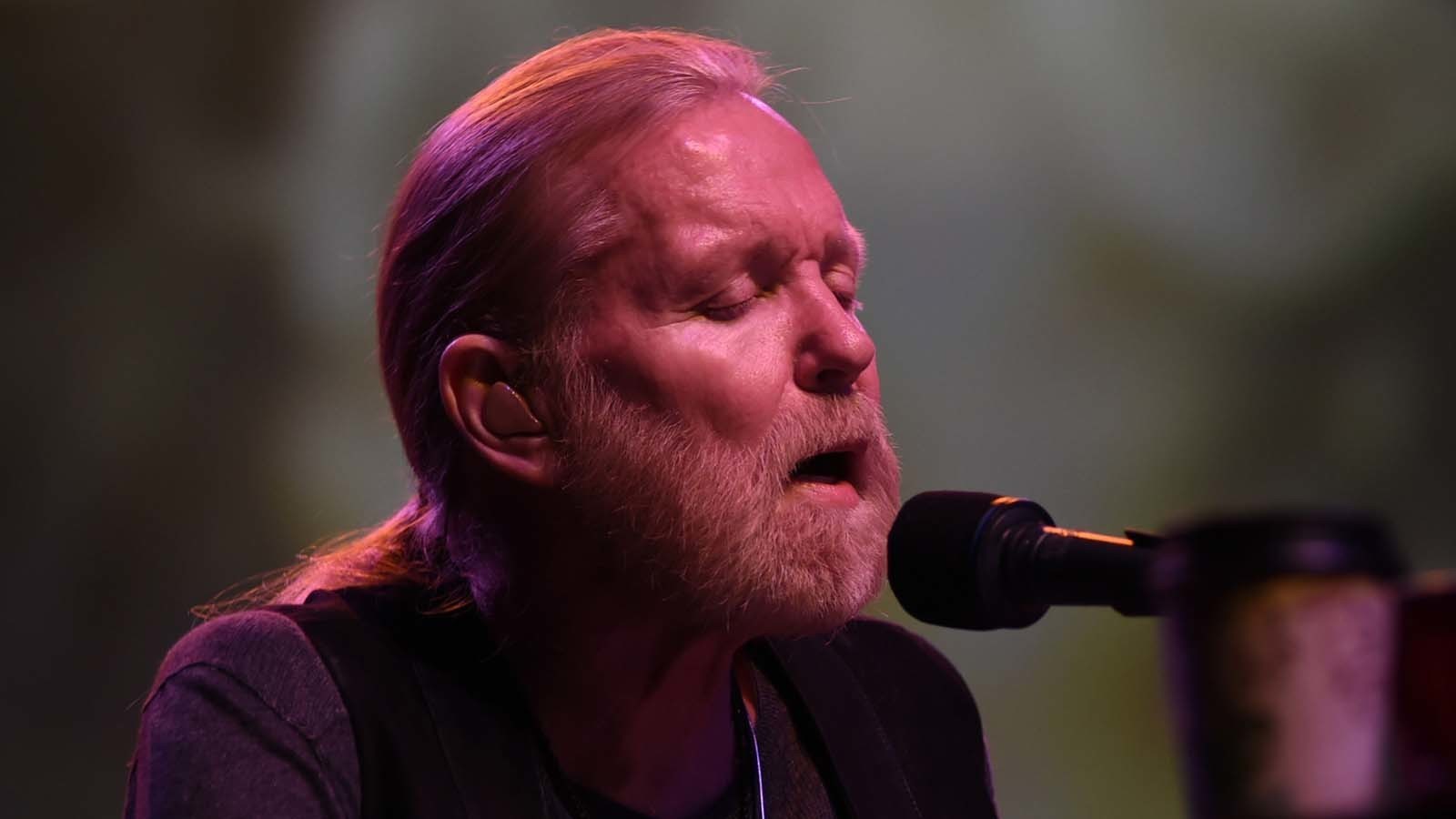 Gregg Allman, co-founder of legendary Southern rock/jamband, the Allman Brothers Band, passed away peacefully last Saturday at his home in Savannah, Georgia. He was 69.

Allman’s passing was confirmed by his long-time publicist Ken Weinstein who said the cause of death was due to complications from liver cancer. Allman will be remembered as one of the architects of Southern rock and his hauntingly beautiful voice that bore the pain of losing his father at an early age, suffering through the death of his older brother, Duane Allman, and his founding bass player, Berry Oakley a year later, as well as a public divorce and years of struggling with addiction. With the weight of the world crumbling down, Allman consistently turned to music and performing live as an escape of his troubled past. His rise to fame was almost too much to fathom so quickly. As he recounted in his 2012 memoir My Cross to Bear, Allman also experienced an archetypal, and overwhelming tragic, rock-star trajectory that included too-sudden fame.

Allman admittedly struggled for years with alcohol, heroin and a variety of other drugs. After entering treatment numerous times, Allman embarked on a path of recovery in the mid ’90s. He was later found to have hepatitis C and received a liver transplant in 2010. Complications from his new liver continued to plague his rigorous touring schedule, eventually forcing him to cancel all of his 2016 summer tour dates due to unspecified “serious health problems.” While Allman made a triumphant return to the stage, his last concert was at his 2016 Laid Back Festival in Atlanta. After scheduling a winter tour in 2016, Allman again had to cancel dates citing a vocal injury. In March of 2017, Allman’s rep announced that Gregg would not be touring at all in 2017 withholding any specific details. A month later, unconfirmed reports began to surface the singer had entered hospice care – Allman went on to deny those rumors with a public statement that he was at home resting on doctors’ orders.

In 1968 Gregg was working as a session man in Muscle Shoals, Alabama. By March of 1969 Gregg had been summoned to Jacksonville, Florida by his older brother Duane with the sole intention of being the lead vocalist in what would become the Allman Brothers Band’s earliest incarnation. That group consisted of Dickey Betts (guitar), Berry Oakley (bass), Butch Trucks (drums) and Jai Johanny “Jaimoe” Johanson (drums). Together the band recorded and released their debut self-titled album, which came out in November of the same year. Instantly ABB had found a comfortable level of success and started gaining local recognition. The band catapulted themselves to international stardom after the release of their legendary live album At Fillmore East in 1971. This was not only the band’s commercial breakthrough, the live release would eventually go platinum, but it was also an important chapter in their career creatively. ABB realized early on in their career how important the audience was to what they were doing as artists and the new live release broke the traditional mold of studio releases that were limited to three, or four-minute long songs. With full freedom to flap their wings, the band put down legendary versions of “In Memory of Elizabeth Reed,” “You Don’t Love Me (“Joy to the World” medley in the ending portions)” and “Whipping Post.” Each of those three songs clocked in at double digits with “Whipping Post” stretching out over 23-minutes long. Instantly the band drew comparisons to the Grateful Dead and their implementation of improvisation and a new sub-culture was solidified.

For 48 years the Allman Brothers Band pushed on, faced more adversity than an average band, and continued to spread their unique blend of Southern rock to millions of people around the world. Their legacy will be remembered as one of the most important bands on American musical history and culture. On Saturday, June 3, Gregg Allman will be laid to rest next to his brother Duane and friend Berry Oakley at a private memorial at Rose Hill cemetery in Macon, Georgia. The ceremony is expected to be limited to about 100 people, who have been asked to wear jeans and a sports coat, no suits. Fans are asked to line the motorcade to pay their respects. While Gregg confessed in his 1987 solo hit that he was “no angel,” there is no doubt that he now has his wings.

This photo of Duane and Gregg Allman was taken in 1949…Together forever, in the arms of Angels pic.twitter.com/QPA2VuP3X9

The Beacon Theatre, NYC. So many memories… pic.twitter.com/MsYAvUuK4W

Broken heart. Gregg Allman I will miss you. #RipGreggAllman ? pic.twitter.com/bsdahxIX0i

2day we were with our beloved
Gregory,tomorrow we say goodbye. He was shy.He Was a KIND,LOVING man.The Sadness is immeasurable 4 all?

Goodbye, Brother Gregg. When @amandashires was pregnant, @GreggAllman pointed at her belly and said “It’s gonna be a girl. I’m never wrong.”

It’s all just too much. #GreggAllman Rest In Peace Midnight Rider pic.twitter.com/h3sWHTEXzN

Final goodbye to a Musical Genius?He was,sweet,shy,Loving,man,AND a mystery to all of us at times.He had demons & he fought them.We ?’d Him

Gregg Allman had a feeling for the blues very few ever have
hard to believe that magnificent voice is stilled forever pic.twitter.com/EPfE56fqCf

So sad to hear Gregg Allman passed away I admire him so much & had the honour of jamming wth him recently. A gentle soul with so much soul.

“The passing of Gregg Allman leaves us all at a loss. We stand alongside the fans who are thankful that Gregg came into in our world.” -BFG pic.twitter.com/07IC6S37iy